Skip to content
Home/N.B.A./The Incredible Comeback of the San Antonio Spurs
Previous Next

The Incredible Comeback of the San Antonio Spurs 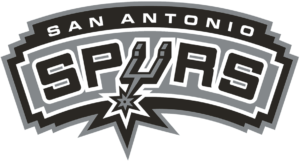 The Incredible Comeback of the San Antonio Spurs

It is no secret that the San Antonio Spurs have had a rough season this year. They had to endure an incredibly hard combination of injuries, low morale and plain bad luck, despite Popovich’s best efforts. But could their latest winning streak signal the return of the legendary Texas team?

Are Spurs About to Pull the Big Rebound?

For a while there, it seemed that the Spurs would miss the playoffs for the first time in two
decades, since the awful season of 1996-1997 – when it was Popovich’s second season as
head coach. Both he and the team have come a long way since then and, if fans and foes alike
have learned one thing, it is to never write off the Spurs – they might just pull the most
incredible comeback at the last minute. Just looking back at their unparalleled streak of 18
back to back 50-win seasons, or the way they rebounded from five underwhelming seasons to
almost win two consecutive titles back in 2013 and in 2014, is evidence enough that there is
always something more in the works for the Spurs.

This season has been especially rocky for the Spurs and particularly because they had to
make do without their big star, Kawhi Leonard. The 26-year- old, who was selected two times
as an NBA All-Star in 2015 and 2016 and led his team to the NBA Championship title in
2014 against Miami Heat – the year in which he was also named NBA Finals MVP – has had
one of his worst years ever. Due to an unpredictable injury in his right quadriceps, Leonard
was only able to appear on court on December 12, sitting out the first 27 games. His
performance when he is back is incredible and, on January 2, he scored a season record of 25
points against the Knicks. Yet he has only played in 9 games in total and hasn’t touched a
ball since January. It doesn’t help that Leonard has chosen to consult his own medical team –
and there are rumours of a strained relationship with the franchise, although Leonard himself
has denied that.

The Spurs are still obviously dealing with the absence of Tim Duncan, who retired in 2016
after 19 years with the Texas team. Without their natural leader in their roster any more, the
Spurs naturally turned to Leonard, who seemed more than ready to rise up to the challenge.
But then injuries came, and not only for Leonard: LaMarcus Aldridge and Pau Gasol, who
have largely carried the team so far, are also battling injuries – although not quite as seriously
or obscure as Leonard’s – and PG Tony Parker also sat out for the start of this season, while
Rudy Gay and Kyle Anderson have also missed games. And the list goes on.

Yet, recently, it seems that the Spurs have tapped into something even they did not know they
had in them. They won three games in a row and then tackled reigning champions Golden
State Warriors – who currently stand at -111.11 to win the title again, according to Betfair –
and won. Despite their upheavals, the Spurs currently stand fifth to win the Western
Conference seed, priced at +2500 by Ladbrokes. Since they might still have more aces up
their sleeves, we might see these odds rise. However, if you are feeling like betting on it, you
might want to consider taking advantage of Champion Bets free bets. How are the Spurs
pulling it off? Teamwork seems to be the key: the Texas team have seen 15 individual players
lead the team in scoring, which is an NBA high – and means that everyone is giving all that
they can.

The Spurs seem to have finally tapped into the energy that comes with a morale boost from
within. And it seems that, if they keep up like that, they might make this one of their most
memorable seasons yet – by pulling off an amazing comeback.