The Future of the New York Knicks 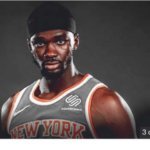 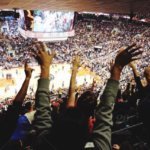 The New York Knicks currently have the max amount of players that they are aloud to take into training camp on their roster. With the Knicks in the middle of a rebuild it makes total sense for them to want to evaluate as much young talent as they possibly can. 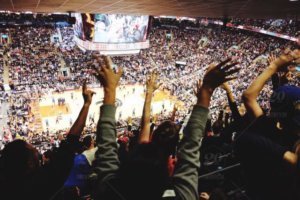 The Knicks have an abundance of Guards on their roster at the moment. With the Likes of Burke , Mudiay, Baker , Trier, Hardaway, Lee, Ntilikina, Dotson, and Allen its safe to say that they have a lot a talent to choose from.  Burke , Ntilikina, and Trier take up almost no cap room at all so on a “saving money” note in my opinion those are the 3 Guards that are definitely on the team come start of season.

Hardaway will also be here being as though his contract is likely to big to be traded at the moment and it would cost the Knicks more money to buy him out then it would for them to let him play his contract out. The only Problem is that Ron Baker just signed his contact this off season so it is almost evident that he will also hold a roster spot , along with Mudiay who was signed just last season.

A trade that included NYK getting rid of Courtney Lee and Emmanuel Mudiay and receiving some draft picks in return would knock out two birds with one stone.
The Knicks have a little bit of a different situation at the forward positions. With Kristaps Porzingis being injured until the middle of the season we seen the knicks capatlize by picking up young but still a 3 or 4 year vet of the NBA , Noah Vonleh .

Likely that either Kornet or Thomas gets the start at PF depending if they want to go small or big. In either case Vonleh will probably be a big contributor off the bench for the beginning part of the season.

Center is a much more simple position for the Knicks. Enes Kanter just signed a big contract locking him in as the starting center. Joakim Noah has a huge contract that the Knicks cant get rid of some hopefully he can stay healthy and be apart of the rotation. The Knicks also signed rookie Mitchell Robinson, who looked amazing in summer league and looks to be key part of the Knicks future.

Written By: Michael Lynch of The BBQ Pit Live