Why did we call ourselves Planet Hoops? Well, our mission is to bring the world of basketball together so we felt that Planet Hoops would be a fitting name.

Basketball on our Planet is booming and we love this game as the saying goes.

We just want to give back and promote basketball to all fans and students of the game from Vilnius, Lithuania to Tokyo, Japan to Montivideo, Uruguay and all points in between.

We’re here to help and make your basketball information searching easy and rewarding. For more information about our founders please read below and make sure to have a great day!

Todd has played and coached basketball for over 30 years. Hailing from Vancouver, Canada, Todd was a First Team All-Star in High School at Eric Hamber Secondary in 1983. He then went on to play University basketball at Simon Fraser University in Burnaby.

He is very proud to have played on scholarship for 4 years and to have traveled to many different countries. It was here where he developed a love for travel and ultimately went on to use his basketball experience to see the world.

This was the beginning of the concept of Planet Hoops. Todd has spent his career coaching elementary, high school, college, university and pro athletes in Canada, Germany, Austria and Australia.

He has seen the international game first hand and believes the future of basketball lies in the global game. Planet Hoops is devoted to promoting basketball worldwide and to helping kids of all ages to gain the same benefits he received from playing the best game in the world.

Photos below from Simon Fraser University days in 1987 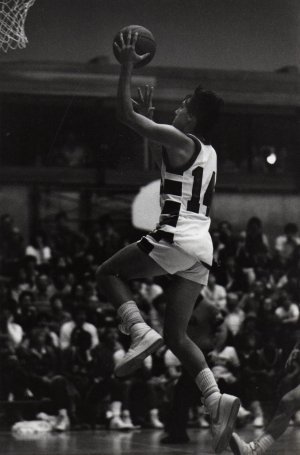 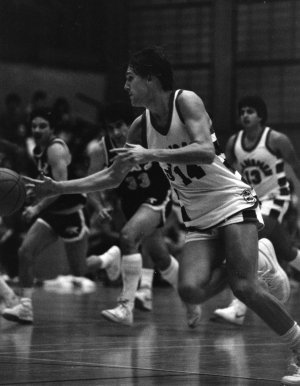 Bob is arguably one of the best players ever developed in Canada. Bob had a superb University career at Simon Fraser U in Canada ranking behind only Jay Triano and more recently Brent Charleton in all-time scoring.

Having had the privilege of playing with Bob for 4 years I can say he is the best player I have ever played with and also the nicest guy. He still plays competitively today and at age 41 is proud to have had 6 dunks in one recent summer league game.

His latest achievement was being a member of the Gold Medal Team at the recent World Masters Championships in the over 40’s division.

He simply knows how to win and develop winning habits.

Bob has played professionally in Germany and New Zealand and is a proud member of Hoop-Hype.net and will be writing numerous basketball articles in the future.

His second article,“The Scoreboard” is all about the importance of watching the scoreboard and knowing the point spread when you are playing (or coaching) basketball.

Paul Bale is a certified Hoopaholic. He is one of the founders of Planet Hoops and he also runs his owns basketball development clinics as the Canadian Shot Doctor.

Paul attended Kitsilano High School in the 1980’s where he played basketball for Coach Stan Lawson. Paul was a prolific scorer and a misunderstood talent.

He also attended Langara College for a short time in 1983-84 and he played for 1 season at SFU in 1988 under coach Stan Stewardson.

Paul then went on to a 7 year professional career in Europe playing for 9 different teams in such countries as England and Austria. Pauls’ specialty is shooting the ball and teaching shooting.

Paul still has great passion for this game and a great vision for us at Hoop Hype.net. Paul will also be writing many basketball articles for hoop-Hype.net in the future.

Back to Home from Planet Hoops
Toggle Sliding Bar Area